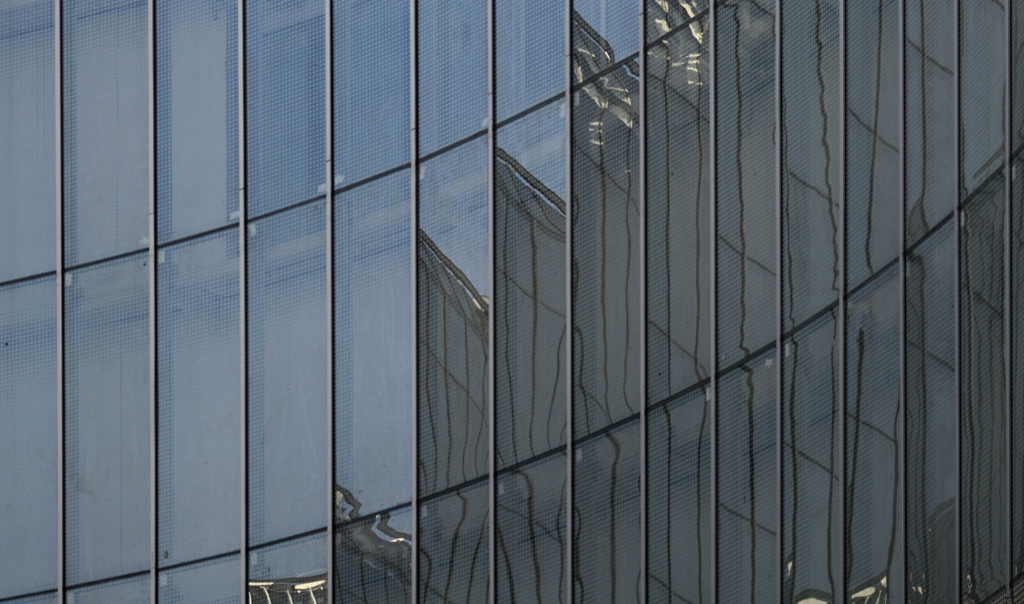 In 2012 we won a competition to design a new facade, landscape, roofscape, and interior for a shopping center which was already designed and under construction but the client was not satisfied with the original design. Re-composing the facade, we decided to simplify the massing and create a smooth and neutral surface to counteract the chaos of the neighborhood.

Glass is used to reflect the old trees of the surrounding area and highlight the mountains to the north.Elevation differences of the site is solved by landscape – steps turning into long benches provide connections from the sidewalk and create a public outdoor auditorium. For design of the interior, re-connecting the east and south wing, which were previously separated from each other by the central void, has been a key concept. The connection has been achieved via creating continuity in floor and ceiling lines. 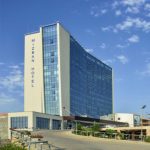